When the women’s liberation movement hit the whole of America, Idemitsu filmed the Womanhouse which became her first 16mm film work. Judy Chicago and Miriam Schapiro jointly organized the Feminist Art Program at the California Institute of the Arts (Cal Arts) in 1971. The Cal Arts Feminist Art Program group performed for a Womanhouse audience in1972. They transformed an old run-down mansion in Los Angeles into Womanhouse. In the kitchen a progression of sculptured breasts turned gradually into fried eggs; one bathroom contained a mass of Tampax, and if you opened the linen closet you found a trapped mannequin. 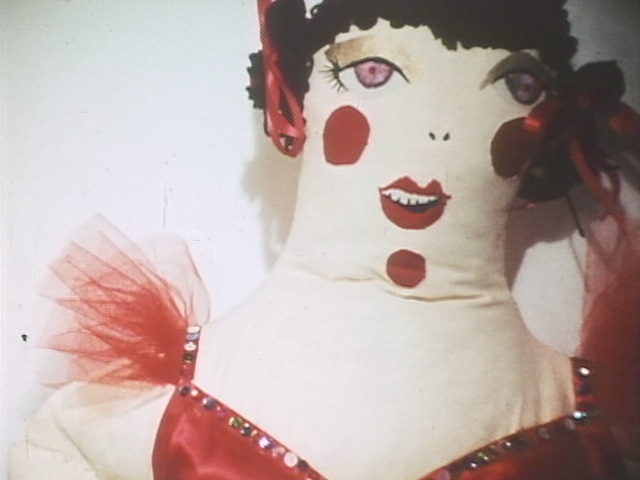 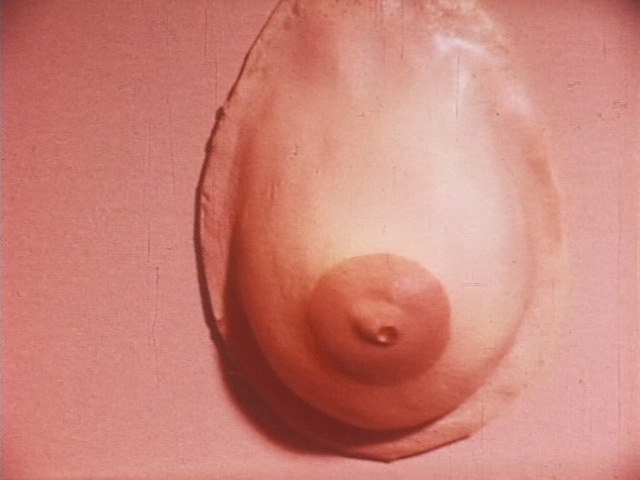 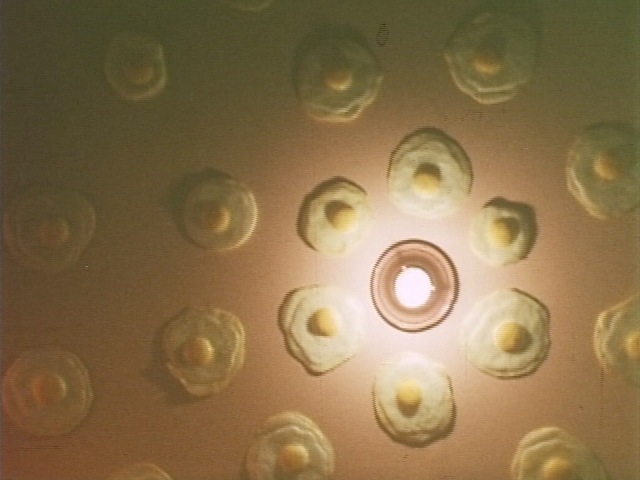 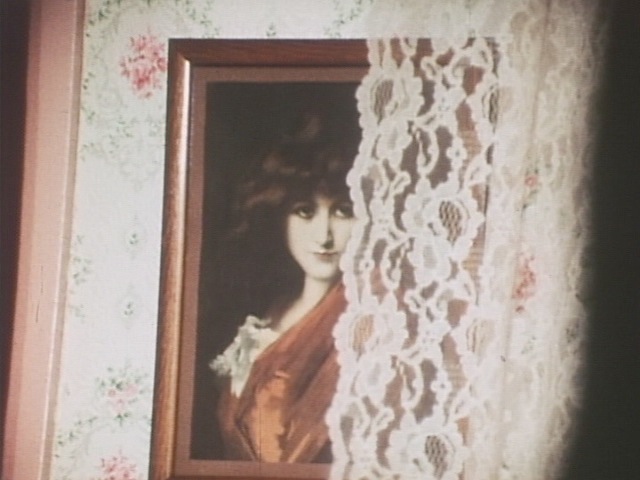 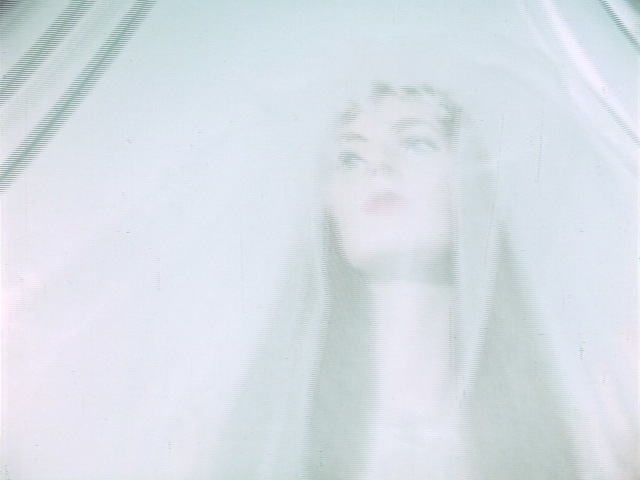 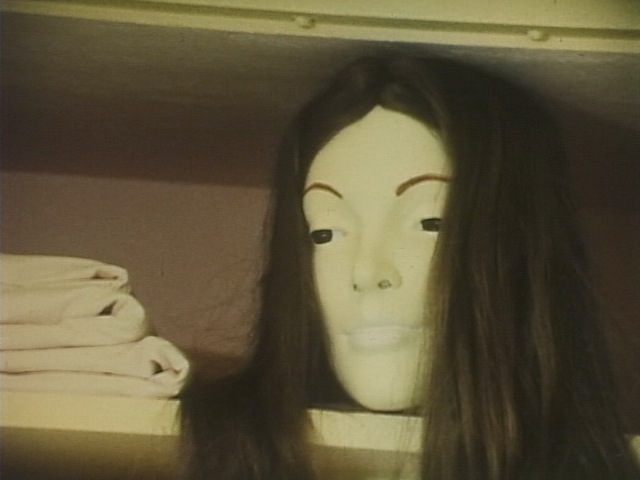 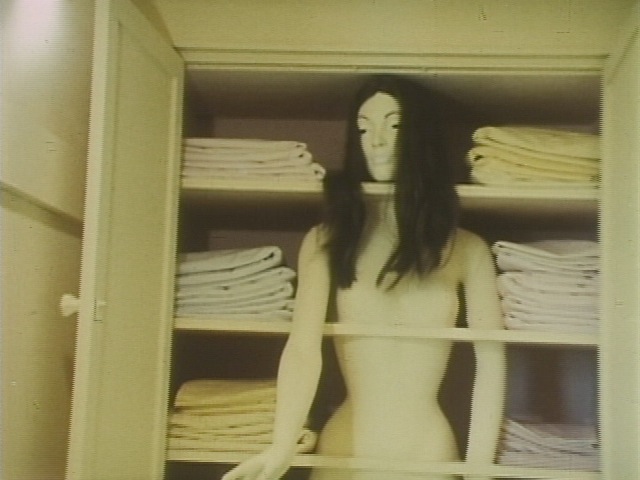